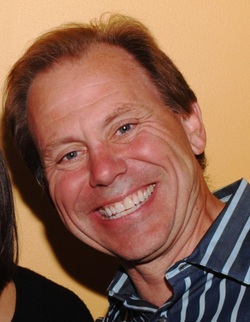 Doctor Brown is a native Chicagoan who attended medical school at the University of Illinois College of Medicine, Chicago. After completing internship and residency training in pediatrics at Wyler Childrens Hospital at the University of Chicago, Doctor Brown spent an additional year as Chief Resident of the pediatric training program at the U of C.

Since completion of his training, Doctor Brown has practiced general pediatrics on a full time basis in his Chicago office. He is on the staffs of Northwestern Memorial/Prentice Women's Hospital, Children's Memorial Hospital, Rush Children's Hospital at Presbyterian St. Lukes Medical Center, and at The University of Chicago Children's Hospital. He is actively involved in the teaching of residents and medical students.

Doctor Brown is married and has three children. 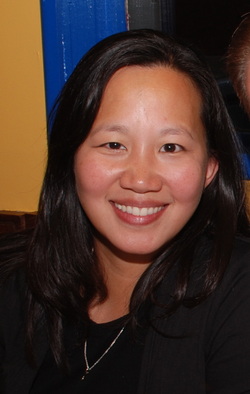 Doctor Kathy Starr grew up in the western suburbs of Chicago. She studied psychology and anthropology at Washington University in St. Louis and attended medical school at Rush University Medical Center in Chicago. After completing her pediatric residency at Rush, Dr. Starr joined Streeterville Pediatrics in 2001.

Dr. Starr was board certified in pediatrics in 2001 and recertified in 2008. She is a member of the American Academy of Pediatrics, The Chicago Medical Society, and The American Medical Association.

Dr. Starr gratefully enjoys working with parents and children, getting to know a child and family over time, and keeping her patients healthy through proper preventive care and anticipatory guidance.

She is on the staffs of Northwestern Memorial/Prentice Women's Hospital and Lurie Children's Hospital.  Dr. Starr is married and is the mother of three children. 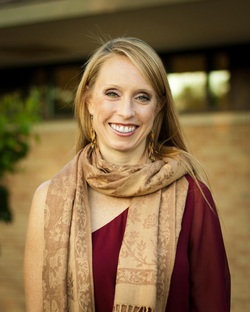 Dr. Katie McCabe is excited to join Streeterville Pediatrics in October of 2012.  Born and raised in a suburb of Detroit, she received her B.A. in Biology from Albion College.  While at Albion, she played on the two-time MIAA Champion Women’s Soccer team.  She attended medical school at Michigan State University before moving to Chicago for pediatric residency at Rush University Medical Center.  After residency, she joined Mercy Hospital and Medical Center Department of Pediatrics.

Dr. McCabe was board certified in Pediatrics in 2009.   She is a member of the American Academy of Pediatrics and Illinois State Medical Society.  She is on the staffs of Northwestern Memorial/Prentice Women’s Hospital and Lurie Children’s Hospital.

Dr. McCabe is very passionate about taking a comprehensive approach to the care of children.  She strongly believes that prevention is the key to medicine.  She enjoys teaching both parents and children, and making them active participants in their health care.

Dr. McCabe is an avid runner, having completed eleven (and counting) marathons.   She also enjoys finding balance through her yoga practice.  She can thank running for bringing her and her husband together.   Dr McCabe has a son, Beckett.

We are very proud of our loyal staff and delighted that they have been with us so long!   We are blessed to have such fine and dedicated staff:

It's with extreme sadness that we report the passing of Dr. Bill Barrows.  Bill, pediatrician and friend to many children and families, had battled for over 2-1/2 years with a brain tumor and finally came to rest on Memorial Day 2014.

Bill was born in St Paul, Minnesota.  He attended Trinity College in Connecticut where he also met his future wife, Donna.  He studied at The Chicago Medical School and trained in Pediatrics at The Michael Reese Hospital and Medical Center. In the early 1980's, he joined Dr. Herbert Cibul and has been practicing pediatrics in the same area ever since, until his eventual forced medical retirement in 2012.

Dr. Barrows was responsible for the training of many medical students and pediatric residents over the years.  He also invited many pre-med students to the office, to shadow and get a "taste" of the practice of medicine.  Bill spent many years volunteering at the St Basil Health Clinic on the south side of the city.

He loved to spend time with his family and children, and frequently spent "one-on-one" vacations with each of his sons individually.  As many of you know from his photographs gracing the walls at our office, he was an avid photographer.  He was very involved in many civic, religious, and volunteer activities.

He influenced so many. And we will miss him deeply.

It's with a very sad heart we announce that our dear Sandy Rochford passed away Thursday evening November 21 after a valiant fight with cancer.  With her wonderful personality, she was loved by and touched so many lives at Streeterville Pediatrics.
Sandy first came to work at what is now known as Streeterville Pediatrics for Dr Bill Barrows and Dr Herbert Cibul in November 1983.  There have been quite a few changes at Streeterville, but Sandy was always a constant and solid fixture at the office until she retired at the end of 2014.  With a very solid training in pediatric lab procedures, Sandy was an integral part in developing the many strong services at our office. Her developing technological skills helped us transition into the computer age - first for patient tracking and eventually to full electronic medical record keeping.

Sandy was loved by so many of our patients. She possessed a competent professional demeanor, while at the same time making strong personal connections with so many.  I fondly remember Sandy answering the phones, oftentimes warmly using the callers first name and inquiring about the other children.  She would always try to "work someone in" even though the schedule would be pretty full.  On Monday mornings she would frequently tell me who she ran into over the weekend at a volleyball game, at the store, or wherever.

Sandy officially retired from Streeterville Pediatrics on December 31, 2014, giving us 31 wonderful years of service, and touching thousands of families and children.  A truly solid and dedicated person, Sandy often came back to the office to help us out even after her retirement.